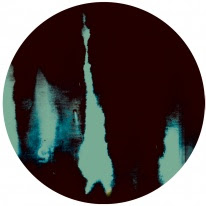 If you know about these guys, you'll know why I get so excited every time there is even a hint of a new track coming our way. The fact that the track plays were well into the thousands after only 3 hours of Boddika posting them on Soundcloud says a lot. For those in the know, I suggest you skip straight to the Soundcloud embeds, the rest of you need to keep reading...

Between the 2 of these guys, they have more than produced some of the most forward thinking techno and house music around at the moment and together have released some of the most hyped, (deservedly so) tracks over the past few months.

Boddika has worked under multiple names but for me, is most recognisable as one half of Instra:mental along with Damon Kirkam as well as a fair few solo hits under his belt with Swamp 81, Naked Lunch and his own imprint - Nonplus. I could give you his full history but I suggest you head over to discogs for an impressive and diverse back catalogue.

Joy O' discography may not be as long but is just as note worthy. Most people will recognise him from his Hotflush release Hyph Mngo back in 2009 but since then he has gone onto release 'BRKLN CLLN' and 'Wade In/ Jels' and recently news broke of his next release, the long awaited and much loved Ellipsis.

Prone/ Dun Dun will be available on limited 12" release on Sunklo, May 4th.