So this track has been doing the rounds on all all the music blogs for a few days now so I thought I'd throw my 2 cents in too...

I first became aware of Jessie Ware (ha!) about a year ago when she collaborated with Sampha on heartfelt track Valentine which was released, funnily enough, just in time for valentines day 2011 on heart shaped vinyl. Awww.... 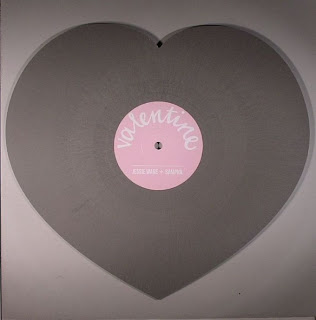 Now, I'm not big on warbling vocals and prefer the singing to be kept to a minimum or just to a short sample but there is something about her voice and music I find very appealing and to be quite honest - moving. The fact the she's from Brixton only makes me warm to her even more.

Running is soulful, sultry, and very chilled at the same time and that guitar loop...perfection. If that's not enough  it's produced by one of my favourite producers of 2011 - Julio Bashmore.

I'll write a post about Disclosure at some point soon, but for the time being this remix of Running is a great house track in it's own right. It's incredibly funky, builds you up, breaks down and just generally makes you want to shake it. Go on, I dare you to tell me your head isn't boppin' as you listen to it.