Something very interesting popped up on my Facebook wall this morning… 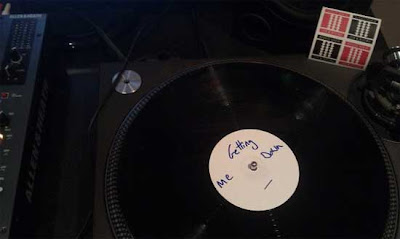 This track has been doing the rounds in the clubs for some months now but there has been no mention of a release date and a clean version of the track doesn't seem to exist anywhere on the inter-web but it looks as though Blawan's 'Getting Me Down' is finally getting a release. I've been a fan of this track since I first heard it so as far as I'm concerned, this is VERY exciting news...

The track samples Brandy's 1994 hit 'I Wanna Be Down' which, some of us feared would mean it wouldn't get a release at all (check out some of the comments on the you tube page) due to the fact that getting permission to use samples can be tricky. But I always remained optimistic since this is not the first bass track to use a vocal sample of the 90's R'n'B star – Cosmin TRG's 'See Other People' uses a snippet of 'Aphrodisiac'  after all.

In the top right corner of the pic there seems to be the cover design of the upcoming '116 & Rising' so could this mean it will be featuring on the label compilation album due next month? Who knows but either way, I think this is good news – happy dayz :)

UPDATE - Blawan has confirmed via Facebook that this will be released "soonish".
Posted by Missy D at 03:52